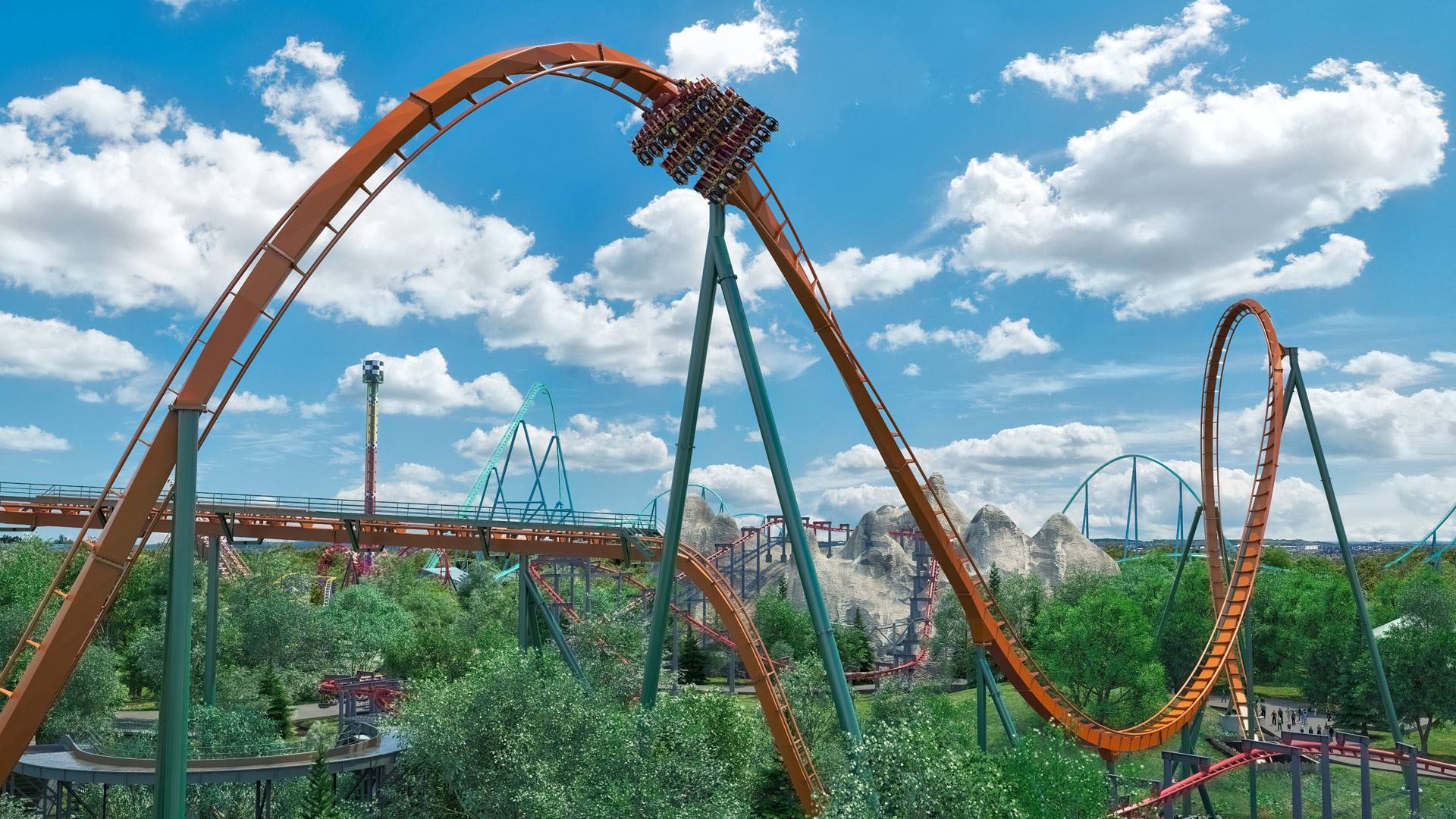 Canada’s Wonderland is home to more than 200 attractions, 77 rides including 17 rollercoasters, and Splash Works (a 20-acre water park). It features North America’s largest variety of coasters including Canada’s tallest and fastest coaster - Leviathan, Canada's longest wooden coaster - Mighty Canadian Minebuster and Canada's first inverted coaster - Flight Deck. If roller coasters aren’t for you, try out one of the many flat rides, play a game, catch a show, or grab a bite to eat at one of the many delicious food stations and restaurants.

The 2019 season promises to be the biggest yet for Canada’s Wonderland. The park will introduce Yukon Striker, a world-record-breaking dive roller coaster, and Winterfest, an immersive holiday-themed event, making it truly an amusement park for all seasons.

As well, Canada’s Wonderland will officially open Frontier Canada – which is arguably, the most historically significant event to take place.

To understand the importance of this ‘new’ gold-rush themed section, we’ve got to travel back in time more than 37 years. Back to a time when Maple, Ontario was still farmland, Wonder Mountain didn’t exist and Canada’s Wonderland was merely a fantastic concept waiting to be realized.

When Taft Broadcasting began to build the park, intentions were to open in 1981 with five themed areas: International Street, Medieval Faire, Grande World Expo 1890, The Happy Land of Hanna-Barbera and Frontier Canada.

The latter section would be representative of the rugged Yukon backcountry during the Klondike Gold Rush of the late 1890s. Guests would be treated to adventure in the wilderness, and have a chance to experience and learn about life for prospectors, miners, lumberjacks, and Indigenous people who were part of the great gold rush boom along the Yukon River’s headwaters.

Be exhilarated by Yukon Striker's epic journey high above the park's skyline where you'll hang over a 90-degree drop for three breathtaking seconds, staring 245 feet down into an underwater tunnel. Then suddenly you dive, reaching speeds of 130 km/h and soaring through four dynamic inversions, including a complete 360-degree loop – the only one of its kind for a dive coaster. Be prepared for the ride of a lifetime beginning in 2019!

Canada's Wonderland is the home to the most exhilarating collection of rides and roller coasters in all of Canada! Experience Leviathan – one of the tallest and fastest coasters in the world or Wonder Mountain's Guardian, an award-winning 4-D interactive dark ride. Other favourites such as Behemoth, Flight Deck, and Backlot Stunt Coaster make Canada's Wonderland’s 17 roller coasters one of the most diverse collections in North America.

Kids of all ages can have fun with Charlie Brown, Snoopy and the rest of the Peanuts Gang in Planet Snoopy! Coupled with the fun of KidZville, our children’s areas are sure to thrill little riders as they fly, whirl and swoop through their day here!

Canada's Wonderland is your Splash Headquarters! With Whitewater Bay - Canada's Largest Outdoor Wave pool, a ¼ mile Lazy River, and water slides galore; there's something for everyone at Splash Works. Be sure to join us in 2018 as we expand our kids splash area, Lakeside Lagoon!

When you need a break from the rides, head to one of our show venues and catch some world-class live entertainment.

The PEANUTS gang puts on a great show at the Playhouse Theatre in KidZville. Be on the lookout for the PEANUTS Party in the Plaza and participate in their fun family activities. Looking for something a bit more adrenaline-pumping? Be sure to check out Tundra: A Cirque Experience located in Canterbury Theatre and prepare to be entertained with mesmerizing acrobatic feats. Or cap off your night with a stunning light show on Wonder Mountain.

Our live shows will keep you entertained all season long.

Whether you are looking for a fulfilling meal or a light snack to give you that energy boost for your next adventure, you will find plenty of food options here at Canada's Wonderland! From sit down restaurants to snack carts - appetites including those with special dietary needs can be satisfied everywhere!
Contact Information
Address:
1 Canada's Wonderland Drive, Vaughan, ON L6A 1S6, Canada
Phone: 905-832-8131
Website: view our site
guestservices@canadaswonderland.com
Copyright (c)2019 Attractions Ontario - All Rights Reserved
Back To Top
×
X
X